Sound is made up of pressure waves in the air whose intensity can be measured at different wavelengths or frequencies (cycles per second). The human ear is particularly sensitive to sounds at frequencies between 500 and 8000 Hz and responds in a non-linear fashion. 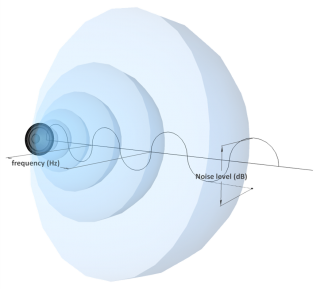 Therefore, in order to measure the sound pressure level, reference is made to the logarithmic scale derived from the hearing threshold.

This is measured in decibels (DB).

The human ear is sensitive to different frequencies of sound.

Therefore, in order to judge the sound insulation performance of materials, we use the sound level weighting method according to "A curve".

However, sound in a building only needs to be considered in the range of 100 to 5000 Hz, which can be divided into octaves (the upper band is twice the lower band) or 1/3 octaves.

Noise, that is, unwanted, unpleasant and destructive sounds, is increasingly appearing in our lives, affecting our comfort and even our health. Ordinary glass is not enough to block out the noise. But now the architects have a way to reduce the noise generated by city life, by using huakai to soundproof the PVB membrane.

When used in insulating glass devices, the thickness of different glass panels and gaskets must be specially designed to obtain the best performance.

A single piece of glass

The study found that the glass panel could pass through sound waves at two frequency band levels, those below 250 Hz and those between 1,000 and 3,150 Hz, depending on thickness. The two effects are caused by the mechanical resonance inherent in the glass and the coincidence (the frequency at which the glass panel begins to vibrate). 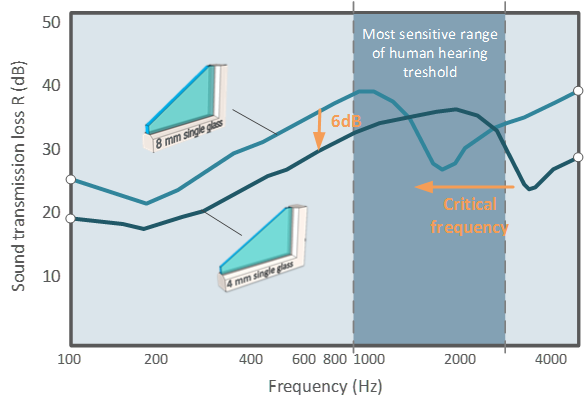 In this case, the resonance frequency is inherent in the mass/air/mass system.

The cavity separating the two glass panels also resonates. In fact, some of the waves are reflected off the two panels, causing cavity resonance.

The coincidence frequency is the same as the glass assembly. 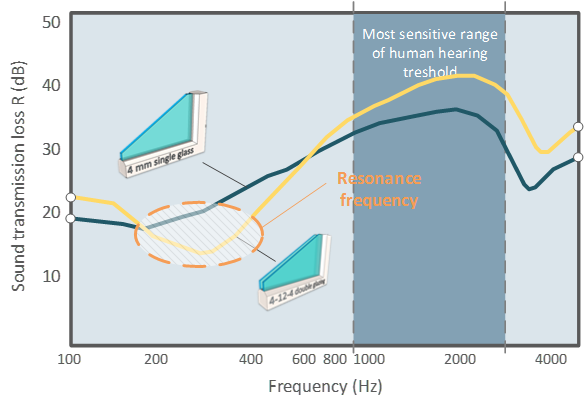 Insulating glass panels made of glass components of different thicknesses perform better, especially at high frequencies, because the coincidence threshold of the two components is not at the same frequency. 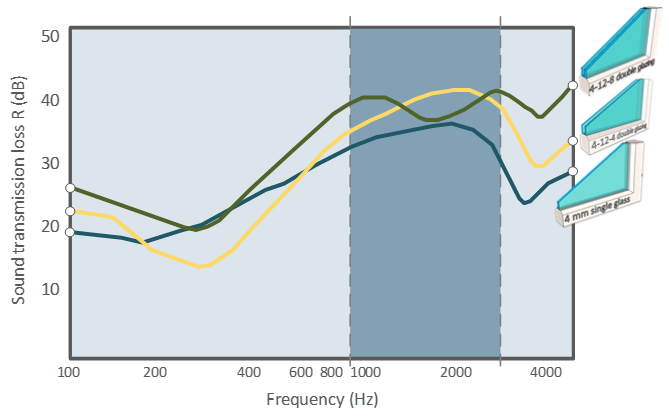 We only use The quality of  To speak